Will a Dog or Gun Protect Your Home Better Than Home Security?

“Why do I need a professional security system when I have my dog and my gun?”

This is a common question about getting an alarm system installed that makes sense to ask.

ADS Security understands and appreciates your desire to protect yourself and your family in the best ways possible, and we want to present some food for thought when it comes to the effectiveness of dogs and/or guns in the home versus your standard home security system.

Round One: Guns vs. Home Security Systems

This isn’t a discussion of whether or not you should own guns – this is an examination of the effectiveness of guns vs. a professionally installed and monitored security system. Let’s take a situation where a break-in happens when someone is home (even though many occur when the house is empty and firearms are one of the first things to be stolen):

Person A without an alarm system wakes up to the sounds of someone in his home. He awakens, goes to his gun safe, gets his gun and ammunition, loads the gun, and goes to confront the intruder. He proceeds carefully because he’s not sure if there is someone in the home or if it was a random noise from his cat. As he exits the room, the intruder, who is also armed, holds him at gunpoint, steals his gun and the entire contents of his gun safe as well, and continues robbing the home. Or, in the alternative, he hears an intruder and grabs his gun, which is his only line of defense without an alarm system. He approaches the intruder only to find out it was his teenage son, sneaking into the house after a late night.

Person B with an alarm system sleeps soundly through the night because the person who was thinking of robbing their home saw the ADS sign, realized that even breaking in would immediately sound a loud siren and would send a signal to the 24/7 monitoring station, resulting in an instant dispatch of emergency personnel. This would give the burglar almost no time to get in and out with anything valuable without getting caught.

A home security system can protect you from a burglary when:

A gun can protect you from a burglary when:

Dogs are amazing creatures. Lovable, loyal, friendly – there’s a reason we call them man’s best friends. Even dogs with the fiercest barks and toughest attitudes typically turn into mushy furballs of fun when they get some attention or a treat. Can they be a deterrent in the case of a burglary? In some cases, sure! But how many times will your oh-so-vicious dog greet any stranger at the door with a wagging tail instead? It won’t be much of a deterrent if your best friend practically invites the intruder inside, will it? Let’s look at a comparison of an average dog and the average home security system.

Guns exist for our self-protection, for the protection of others, and for the eventual zombie apocalypse. They don’t act as a deterrent against an intruder to your home until it’s already too late and the risk of injury or death is very high. In fact, many burglars have said that if they see NRA stickers on cars parked outside of a home, that just tells them that there will be guns to steal! While guns can protect you, they might not be as optimal when it comes to your first line of defense. Guns can’t prevent burglaries when you’re not home, not prepared, or asleep, either. With a security system, if you were to hear a bump in the night, you wouldn’t have to worry about if an intruder is in your home because your system would notify you of a break-in.

Dogs, like guns, can protect your family once an intruder has already broken into your home, if that dog isn’t easily frightened, bribed, or turned into a lovable puppy with a little head rubbing. Keep your dog as a family pet to love and have around for years instead of having a dog to risk its life in case of an intruder.

An ADS home security system is designed completely to deter intruders, prevent burglaries, and raise the alarm in the case of a break-in immediately, getting the right assistance instantly when it’s needed. Our security systems not only protect you, they protect your dogs and guns too! Find out more about the options we offer by building your own security system today. 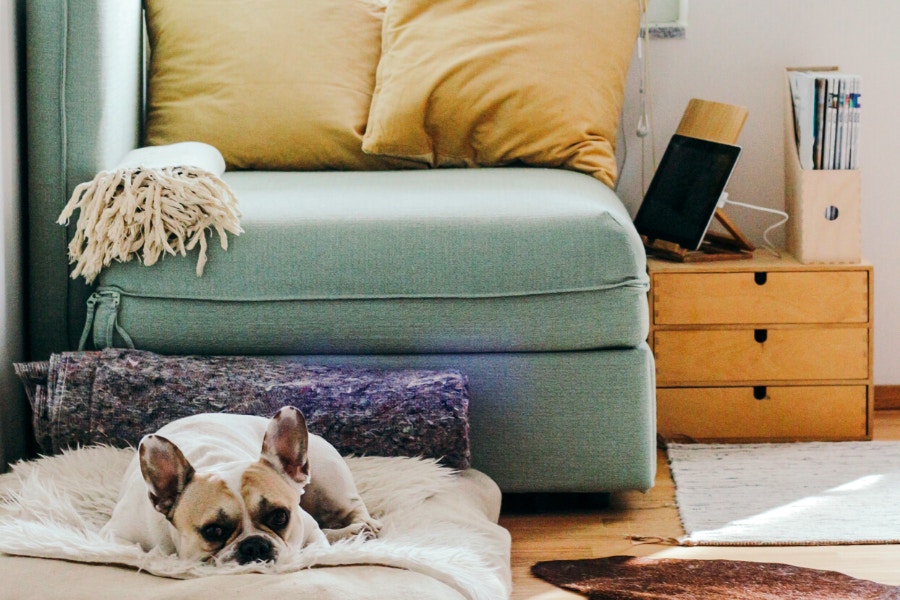 Home Security System vs. Dogs and Guns: Who Wins?

“Why do I need a professional security system when I have my dog and my gun?” This is a common question about getting an alarm system installed that makes sense to ask. ADS Security understands and appreciates your desire to protect yourself and your family in the best ways possible, and we want to present...